This is the fourth post in a multi-part series on when Brother Branham became involved with Pentecostal churches.

On January 21, 1933, the church advertisement indicated Dr. Davis would be preaching on “Holy Ghost Power”.

The next week’s advertisement on January 28, 1933 highlights that Hope Brumbach would be leading the young people’s meeting. In addition, another sister is leading the devotional services. 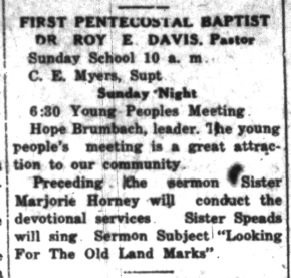 Highlights from the February 4, 1933 advertisement include Hope Brumbach leading the devotional meeting. 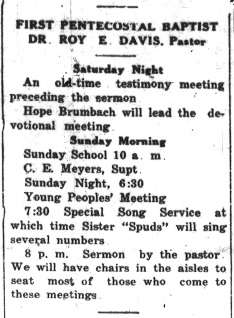 The advertisement on February 18, 1933 identifies Brother Branham as an elder and indicates he was in charge of the praise service. This establishes that Brother Branham was part of Dr. Davis’ congregation in the services leading up to this one. Dr. Davis spoke on “What is the Pentecostal Religion, and Why Have It?” 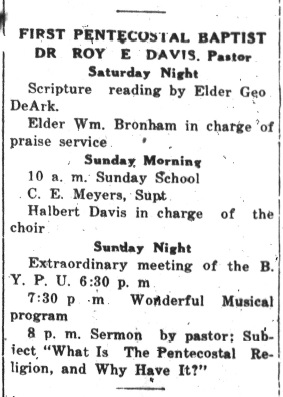 The February 25, 1933 ad mentions a Saturday evening love feast. In addition, Hope is once again leading the young people’s meeting. Dr. Davis was to speak on the “Holy Ghost Religion.” Notice that this ad states that, “Many are getting to God in our meetings, where the old time Pentecostal power is falling.” 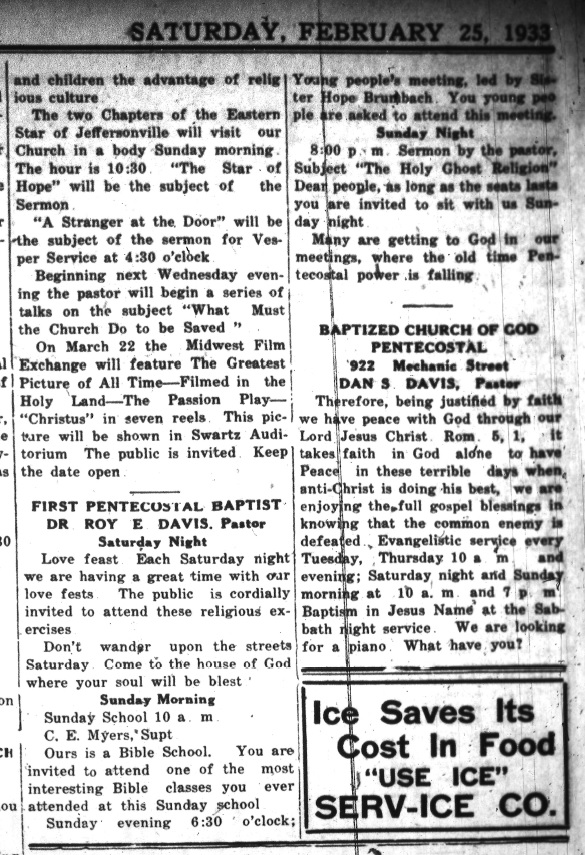 The March 11 ad indicates that Senior P.B.Y.P.U. will meet under the leadership of Wm Branham, president. Dr. Davis preached his third sermon in a series on “Pentecost”. The ad states:

“If you have problems with which you cannot cope, bring them to us, and in Jesus’ name we will pray them away. “ 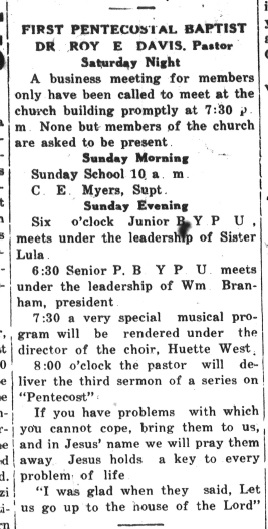 The March 18, 1933 advertisement lists Huette West as the president of P.B.Y.P.U. instead of Brother Branham. Dr. Davis continued a series on Pentecost. 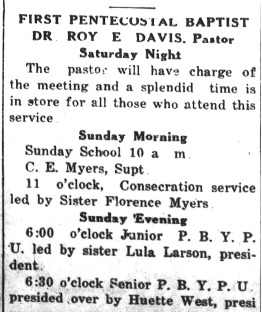 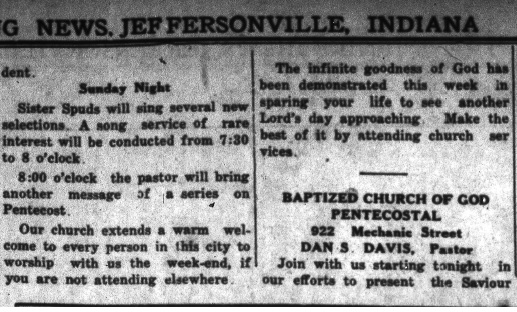 On April 15, the Easter service was preached by Sister Garrison. In addition, the young people dramatized the sixteenth chapter of Mark. 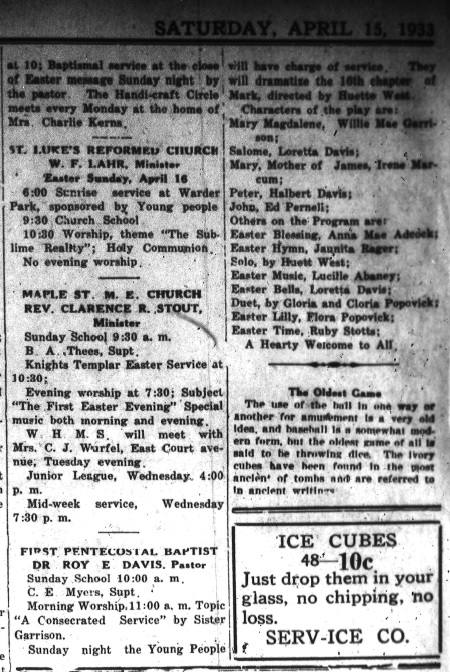 The July 22, 1933 advertisement highlights a baptismal service. The converts were to be baptized in the name of Jesus. In addition, the ad includes a reference to Acts 2:38. 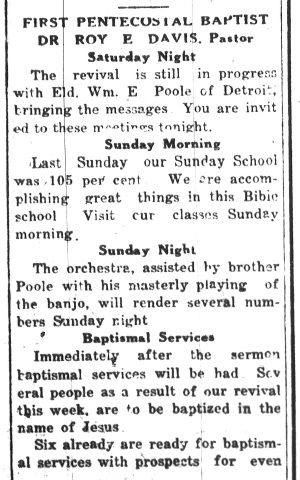 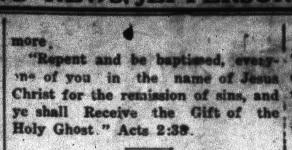 Now that we know more about the church Brother Branham was ordained in, next we’ll turn our attention to his first revival.