First Appearances Of The Pentecostal Tabernacle

This is the ninth post in a multi-part series on when Brother Branham became involved with Pentecostal churches.

We discussed the importance of City Directories in a previous post. In addition to information about where a person lived and their occupation, the city directory contained information about the city itself. Each bi-annual edition included an index of streets, addresses, and their respective occupants. The 1933-1934 City Directory shows no addresses between 627 Penn and 814 Penn. 804 Penn Street (the address of the Tabernacle) did not exist in 1933. 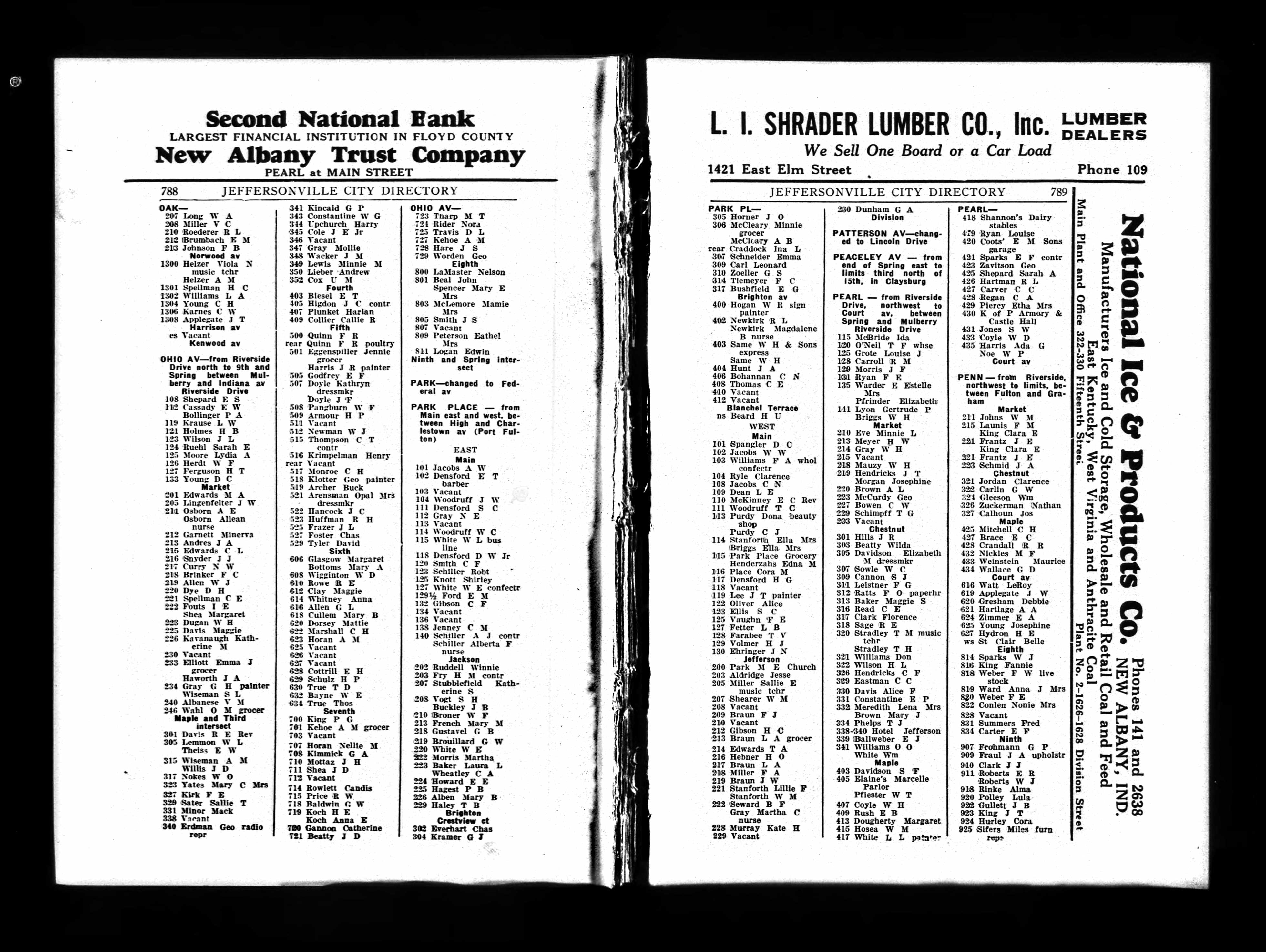 The 1935-1936 City Directory clearly indicates that the Pentecostal Tabernacle was located at 804 Penn Street: 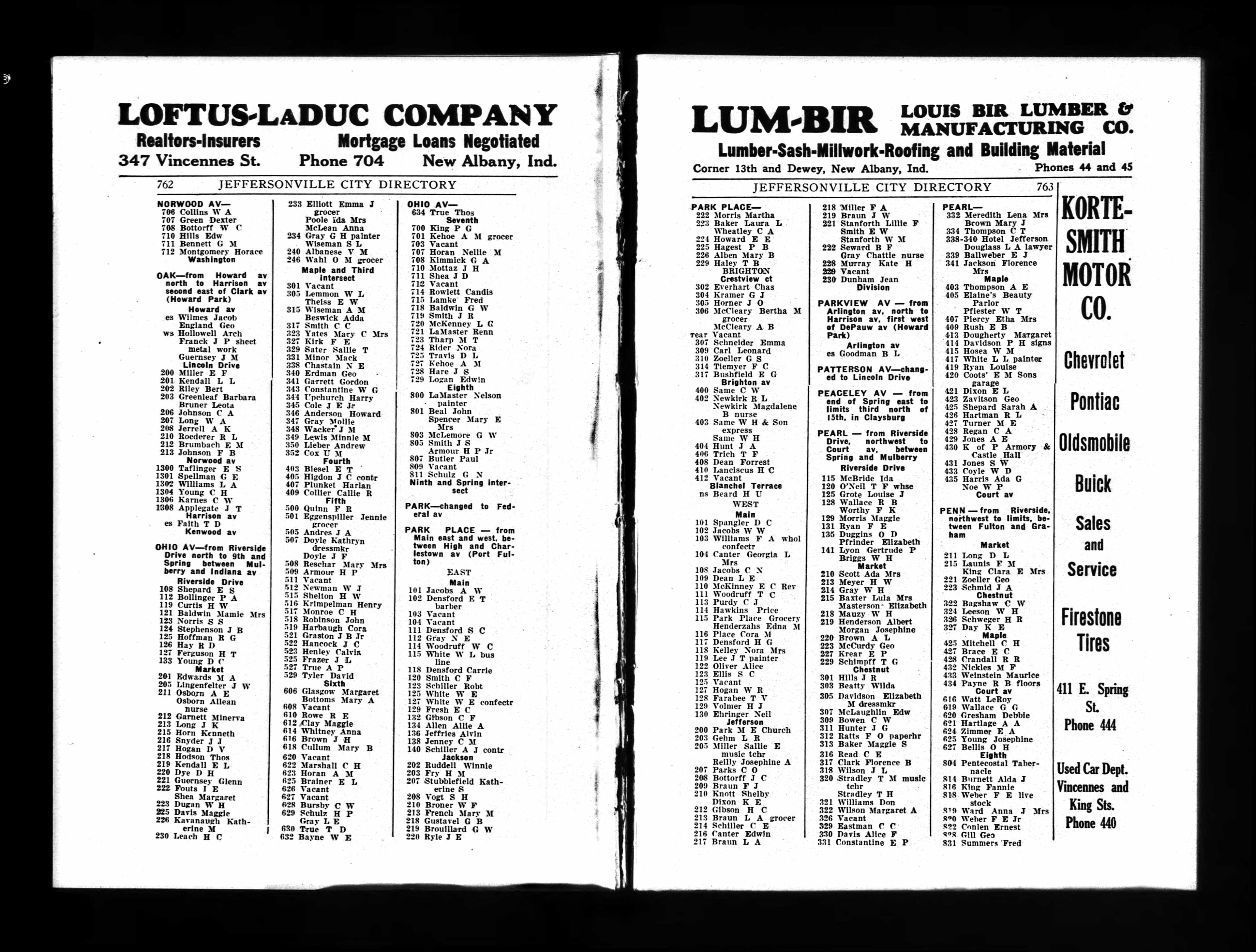 Recall from our earlier post on Brother Branham preaching at Pentecostal churches, that Brother Branham’s younger brother died on August 6, 1935. His funeral was held at the Branham Tabernacle. Here’s the article again:

The first advertisement for the Pentecostal Tabernacle appeared in the Jeffersonville Evening News on August 17, 1935. 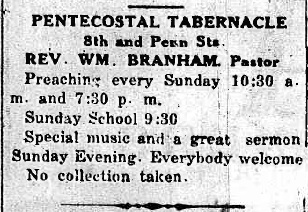 The Branham Tabernacle is located in the Ingram and Reads subdivision. William Ingram transferred ownership of the land to the trustees of “The Billie Branham Pentecostal Tabernacle Church” on November 9th, 1936. 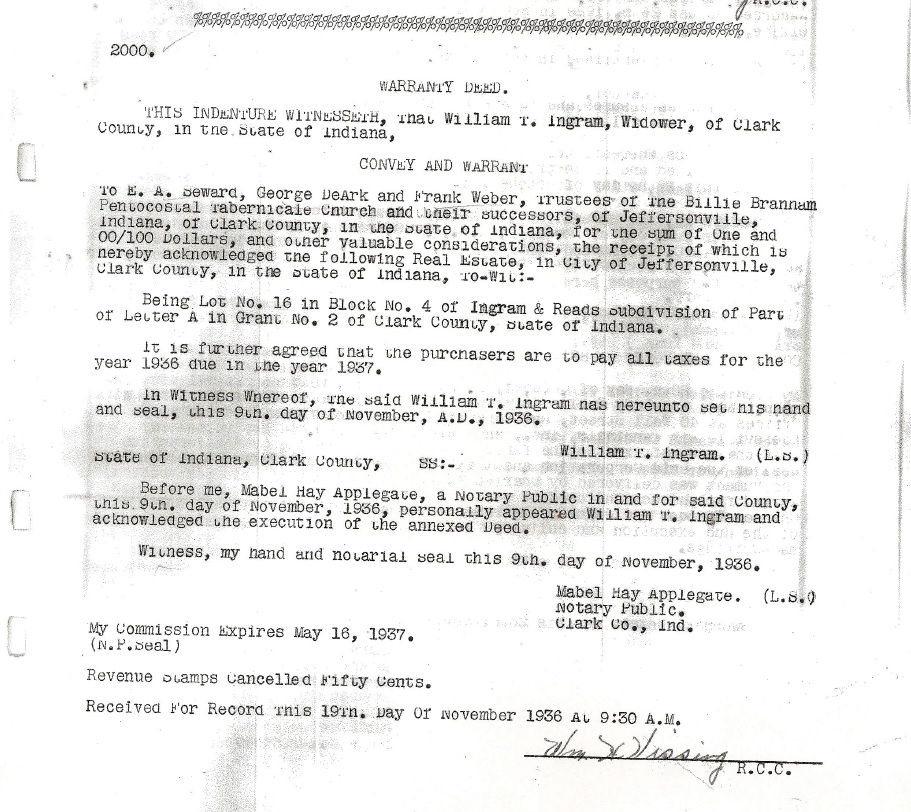 Note the deed was issued more than a year after services were advertised in the Jeffersonville Evening News. Unlike the deed for Roy Davis’ church, there is no mortgage recorded on this deed. One possible explanation for this would be the land was purchased on a contract for deed. In this arrangement, the church would have made payments to William Ingram until it was paid for. Once the land was paid off, Mr. Ingram would then transfer ownership to the church. To be clear, this is only one possible explanation of the timing; it is purely speculative and should be taken as such. This theory does appear to be consistent with Brother Branham’s statements regarding making payments on the church, and would also explain why no mortgage was recorded on the deed. When Brother Branham preached My Life Story in Los Angeles, California on April 19, 1959 he stated,

And then that’s how the church was paid for. We had ten-years loan to pay it, and was paid off less than two years.

Based on the historic record, and Brother Branham’s statements, the Branham Tabernacle was built after February, 1934. Based on the information we’ve presented in our past several posts, it was most likely completed in 1935.