Were Archives Destroyed In The 1937 Flood?

This is the sixth post in a multi-part series on the Municipal Bridge Vision.

In a recent Catch The Vision publication, Voice of God Recordings stated that one possible reason for the lack of evidence regarding the Municipal Bridge vision was due to historical documents being destroyed in the 1937 flood:

“It doesn’t matter where you are in the world, if you have heard Brother Branham’s life story, then you are well aware of the 1937 flood. This destroyed a large number of historical documents in the Ohio River Valley, which included thousands of newspaper archives.”

During the 1937 flood the offices of both the Louisville Courier Journal and the Herald Post were flooded and the on-site archives of both of these newspapers were heavily damaged. However, these were certainly not the only archives of these papers.

Voice of God Recordings’ statement that thousands of newspaper archives were destroyed in the flood implies that these were the only archives of these papers and that they were lost to history. This is simply not factual. One way the history of the United States is chronicled and preserved is the collection of newspapers by various libraries throughout the country. These libraries at universities, at state historical societies, and of course, the Library of Congress, collect and preserve these records for generations to come. These facilities and societies have been in place since before our nation was founded. That’s why it’s possible today for us to go back and read the Federalist Papers and many other texts written by our founding fathers. We want to make sure it’s clear that we are not trying to say Voice of God was intentionally trying to mislead people with their statement; we make no attempt to judge their intent and like to think the best about the people involved in producing this document. However, the reality is that the few private archives that were damaged or destroyed in the 1937 flood are not the only archives of these papers in existence. There are many sources we can turn to in order to find contemporary newspaper accounts of the Municipal Bridge Construction that were not affected by the 1937 flood.

Since 1836 the Kentucky Historical Society has been collecting, preserving, and stewarding collections and artifacts related to the history of Kentucky. These collections include newspapers, census records, vital records, marriage records, photographs, oral histories, and a multitude of other resources. The new Headquarters of KHS is a 167,000 square-foot, $29 million dollar facility. This is how the state preserves its history for future generations.

The main branch of the Louisville Free Public Library did flood in 1937, however, the waters did not reach the upper level where all of the newspaper archives are housed. This famous picture shows the floodwaters reaching the feet of Abraham Lincoln’s statue near the library entrance. In Ken Bell’s The Great Flood of 1937 the historian notes that the water reached Lincoln’s knees (page 120). While the library suffered enormous damage it does not appear that newspaper archives were lost. We confirmed this in person with the librarians on one of our visits. Further, when we were asking about this an author who was performing some research into the flood also confirmed that newspaper archives located at the library were not lost.

The main library contains a collection of newspapers on microfiche that includes the Louisville Courier Journal from 1868- present, The Evening Herald-Post from 1925-1936, The Louisville Leader from 1917 – 1950, The Louisville Times from 1884-1987, and many others.

The Library Of Congress

The Library of Congress has an extensive collection of newspapers from around the country that are used to help record our national history. These include collections that can be accessed in person as well as the Chronicling America project which is working on making digital archives available online.

Indiana has one of the oldest and most comprehensive systems for preserving state history in the United States. The state library was created as part of the state constitutional convention in 1816. The Division of Indiana History and Archives was created in 1913 to manage the state historical collection. The State Library maintains a collection of newspapers from each county in the state. For our purposes, we’re most concerned with the Clark County Collection, which has content dating back to 1819 on microfiche. The State Library has a complete collection of the Jeffersonville Evening News from 1872 – 2013. The Indiana State Library is located in downtown Indianapolis and was not in any way affected by the 1937 flood.

The Records Are Out There

The fact is, there is a complete record of newspapers that we can consult to establish whether or not the event happened. The official engineer’s report to the bridge commission indicated that the construction of the bridge was managed from the Indiana side of the river. The caissons were built on the Jeffersonville side of the river and positioned by barges. For our purposes, we spent most of our research time at the Indiana State Library reviewing the Jeffersonville Evening News Collection which covered the construction quite extensively. 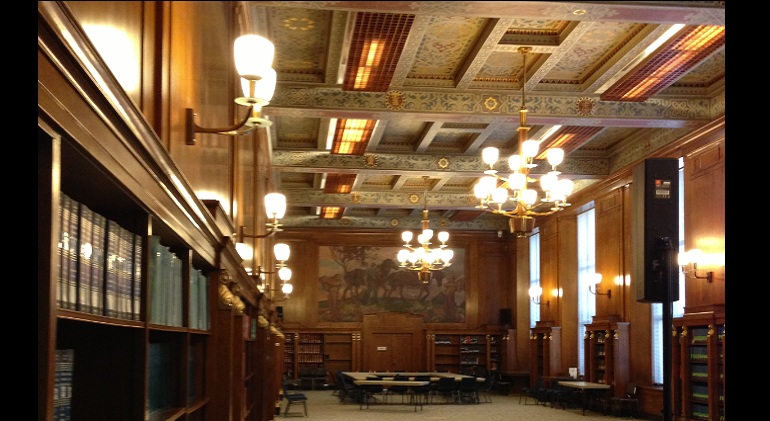 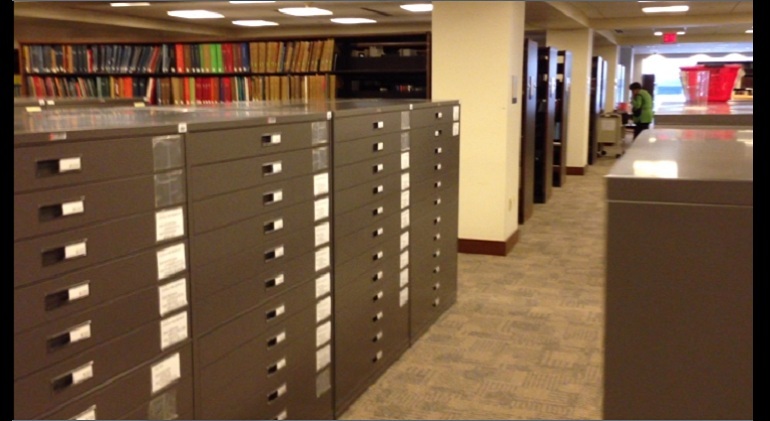 The second floor of the Indiana State Library contains a multitude of newspaper, genealogy, and census records from throughout the State of Indiana. 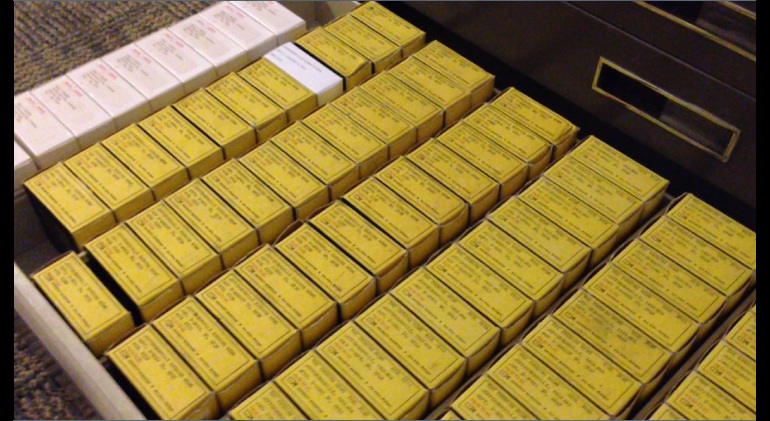 Jeffersonville Evening News Collection at the Indiana State Library. June 1925-October 1956 shown. The three rolls not in the drawer are the ones we were examining when this picture was taken.

In the same Catch The Vision publication, Voice of God Recordings states that:

One thing that really surprised us is virtually all obituaries and divorces appeared on the front page of the newspaper.

If these stories made the front page of the paper, surely a tragedy that caused sixteen men to fall to their deaths and drown would have been front page news in this small town. Further, we don’t have to look back very far in the history of the Ohio River Valley to see how previous bridge construction accidents were reported. More on that in our next post.